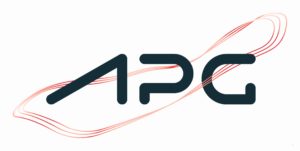 The future of Austria is electric

The future of energy is electricity. The Austrian federal government has pledged that by 2030 all of the country’s electricity demand will be met by renewable energy sources. Many consumers (including the mobility sector) will switch over to electricity from other energy sources. This target makes one thing clear: Austria needs electricity – right now, but in even greater quantities in the future. APG is fully committed to supporting the government’s plan to create a clean and sustainable Austria. If we are to achieve these goals, then we need to start implementing the energy transition today. For Austria this involves large-scale expansion and restructuring of the electricity infrastructure as well as targeted investments in renewable energy sources and storage infrastructure.

Austrian Power Grid (APG) is Austria’s independent power grid operator, controlling and taking responsibility for the trans-regional electricity transmission network. APG’s infrastructure secures the supply of electricity and is thus the lifeblood of Austria, its people and their businesses. The APG grid covers a route length of around 3,400 km which the Company, with its team of some 600 specialists, operates, maintains and continuously adapts to the growing requirements of the economy and society. The capacity of APG’s electricity grid is the key to a successful energy transition.